Holi Celebration in India - The festival of beautiful colors-

India is famous for its colorful and different types of customs, culture, festivals, language, food, and tastes. India is a country of festivals and celebrations. People are very excited in India to celebrate every festival with full of happiness and joy. Indians celebrate many colorful festivals in the whole year, but the most colorful festival is Holi. Holi is also famous as the "festival of colors" and the "festival of spring".

Holi is a famous ancient Hindu festival. It is celebrated in two parts – Holika Dahan and rango vali Holi. Holika Dahan denotes the victory over evil where people gather one night before the Holi and perform the rituals in front of the bonfire and pray for their internal vicious be ruined the way Holika, the sister of demon king Hirankashyap was killed in the fire. After that, the next morning is celebrated as rango vali Holi where people used colors, water guns, water balloons to play and color each other. 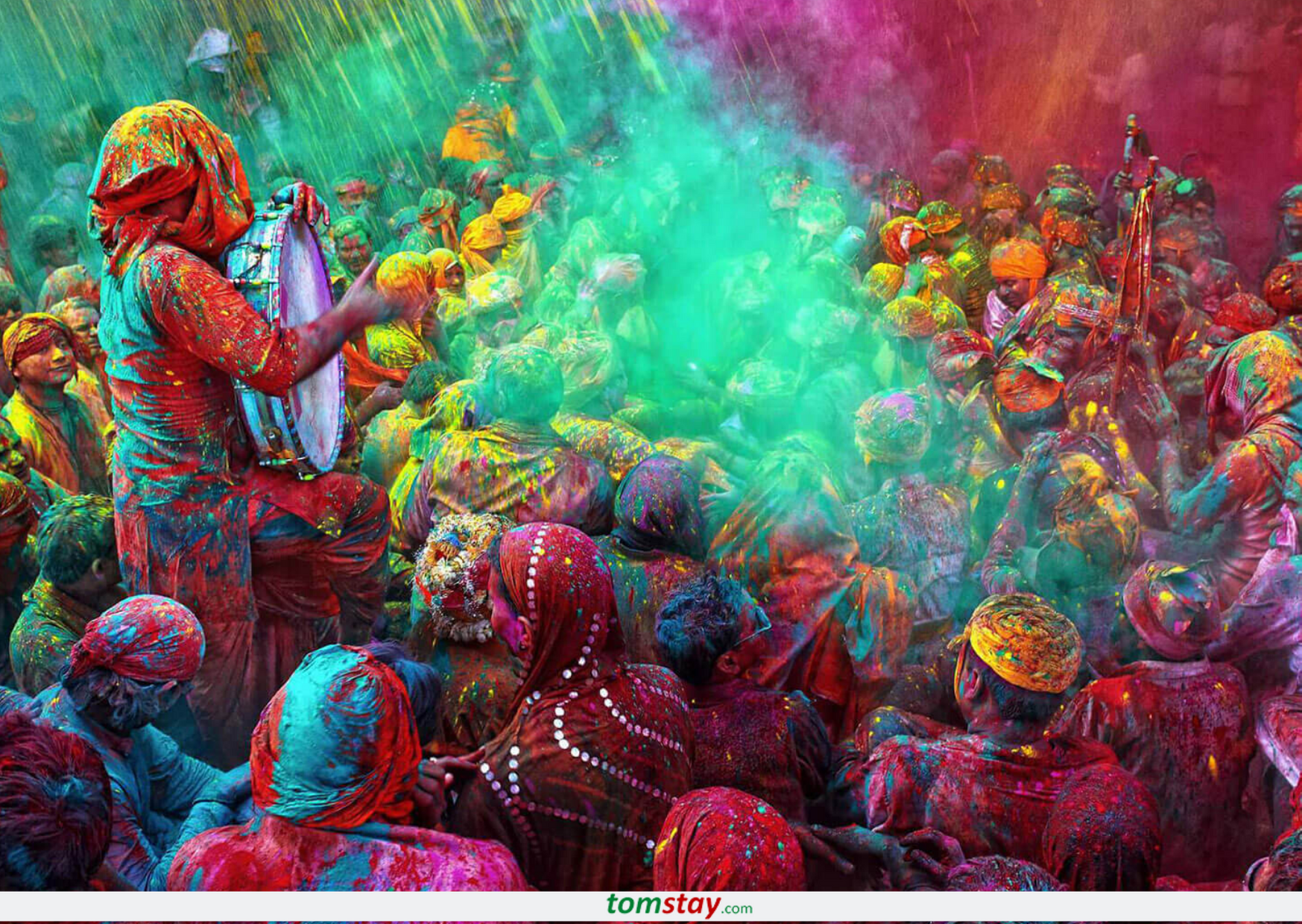 Barsana is located near Mathura in Uttar Pradesh. Holi in Barsana is also famous as Lathmar Holi. The Barsana's women beat up their husbands with sticks. Barsana people still stick to their culture, ritual, and tradition of the land. This Lathmar Holi is played approximately one week before the celebration of Holi. On the day of Holi people perform some special rituals at their place either home or temples before drenching each other with water balloons, powdered color, and water. Tourists are most welcome to be a part of this colorful festival.

Holi in Mathura and Vrindavan – 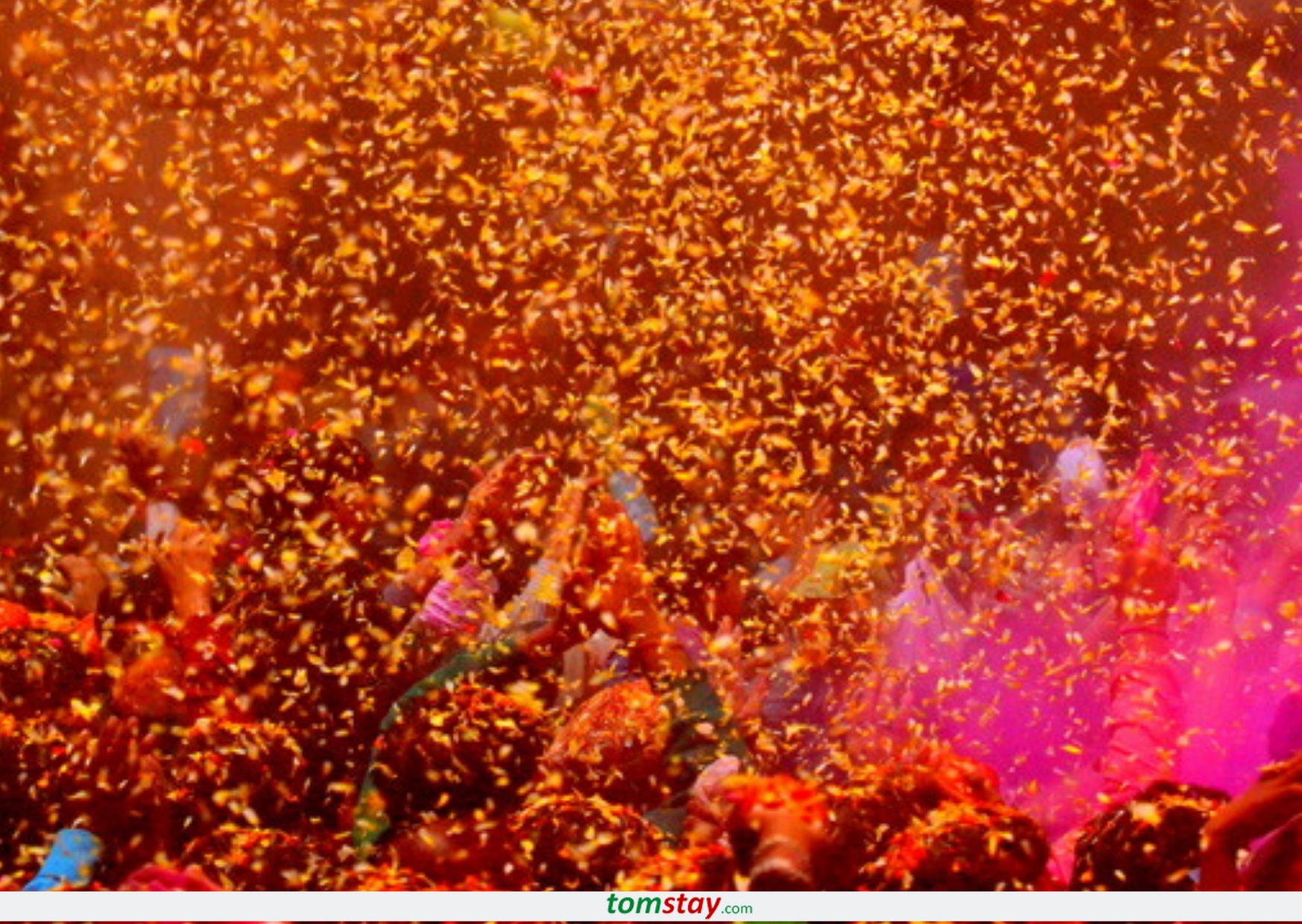 Mathura is the birthplace of Lord Krishna. It is considered the best place for the Holi celebration in India. As per ancient stories or tales, it is believed that Lord Krishna (Nand Lala) visited Barsana during the Holi festival. Lord Krishna applied color on Radha's face and try to throw colors on other girls of the town then all women and girls took him out by using bamboo sticks. Now, this kind of offensive part of Holi is famous as lath-mar Holi in Mathura, Vrindavan, and Barsana.

Holi is a festival of colors and love so people from everywhere the globe come & visit Mathura and Vrindavan during the Holi celebration. In Vrindavan Phool vali Holi is very famous and celebrated one day before the Holi in Banke Bihari temple. People use flowers to celebrate phoolo vali Holi. 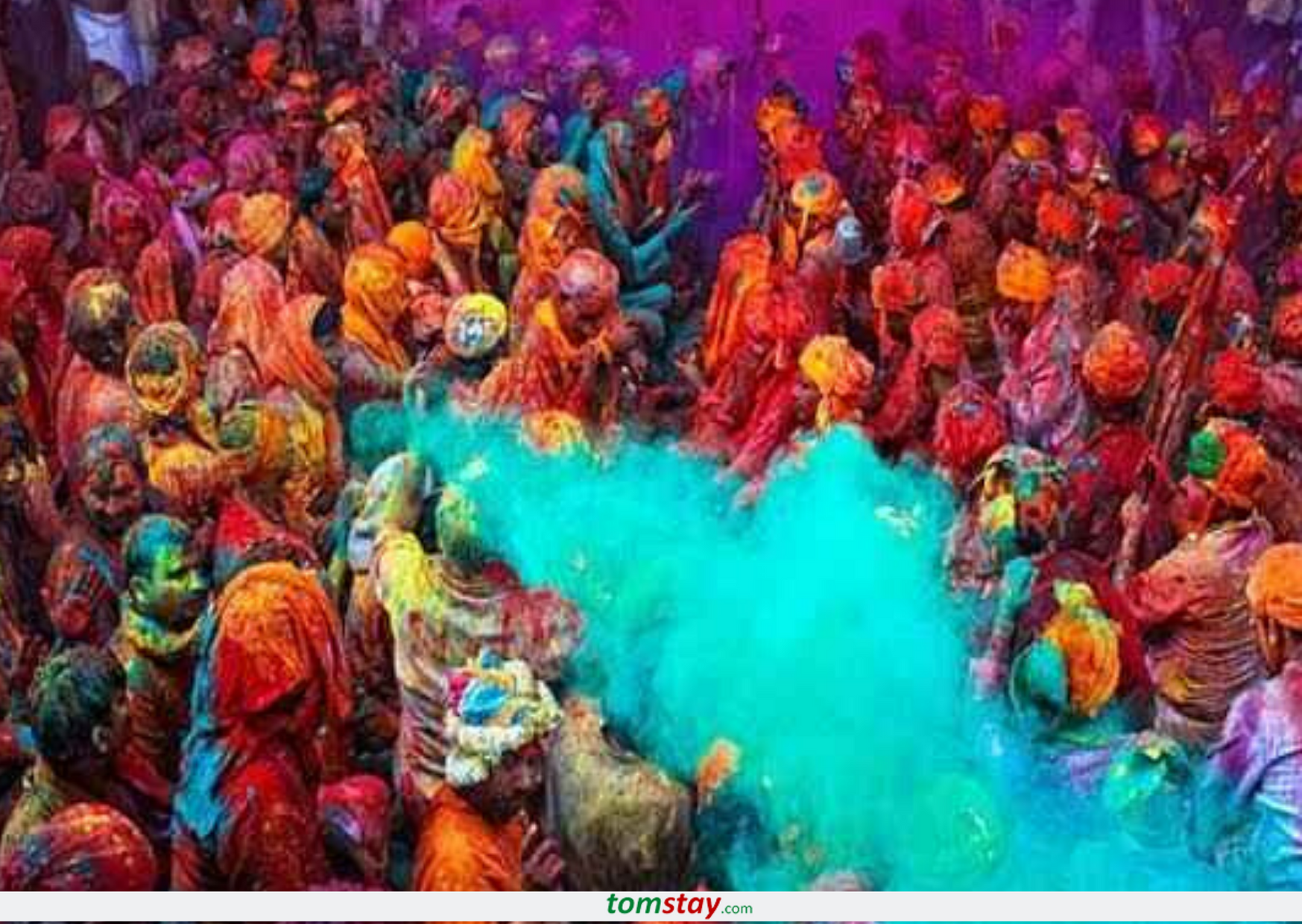 Generally, in India widows has no right to play Holi. But in Mathura, a special Holi party is organized for widows, where they all come and play Holi, apply colors on each other faces. This is a very gentle initiative for them, and they also deserve some happiness and fun in life. 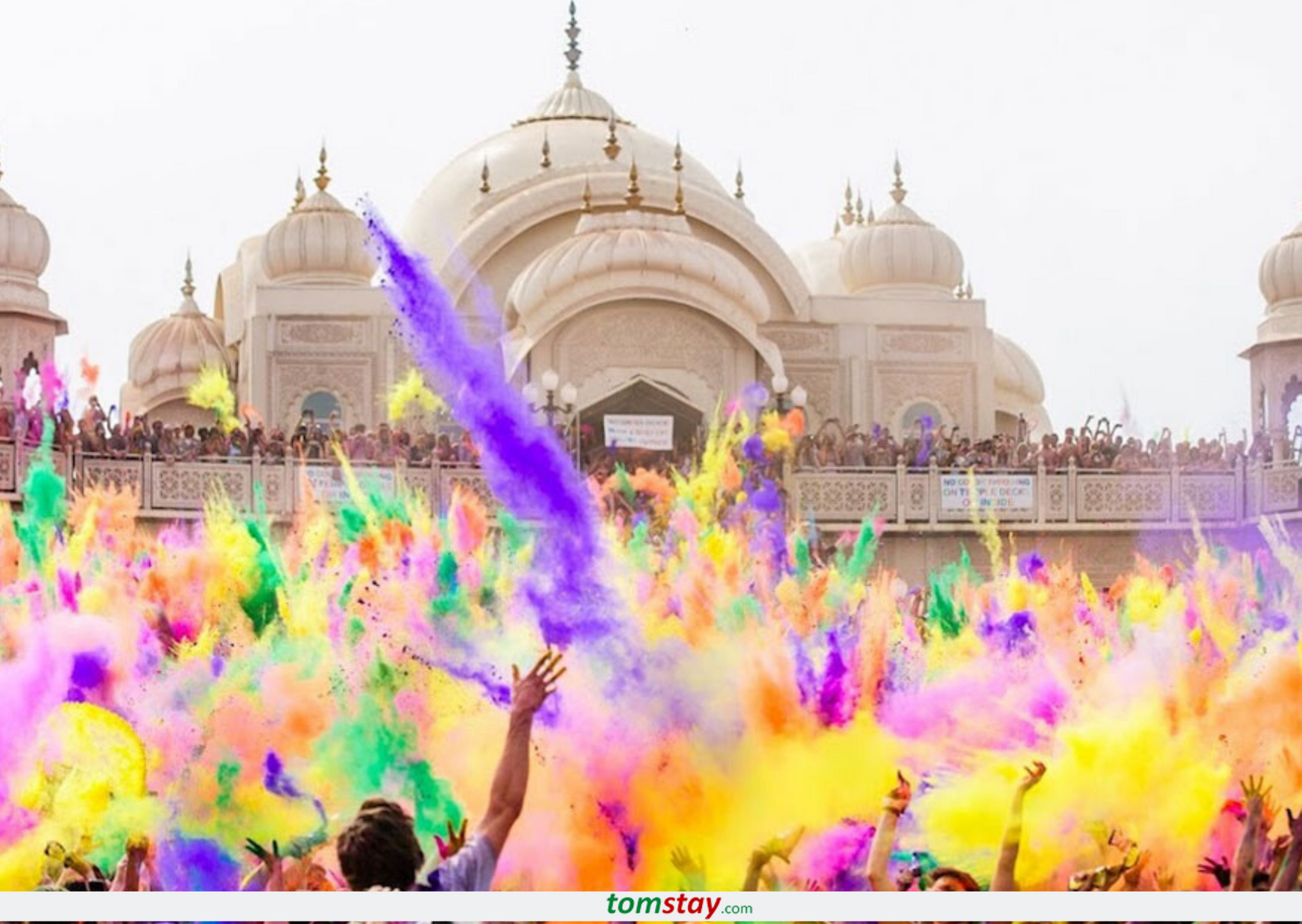 Udaipur is situated in Rajasthan. Udaipur is a very colorful city in Rajasthan. Rajasthan is no less then Mathura, Vrindavan, and Barsana. In Udaipur, Holi is celebrated on a huge scale with a royal touch. Royal families also take active participation in all occasions, functions, and rituals. Udaipur is famous for its grand and royal Holi celebration, not only in Rajasthan but also in India. In Udaipur, Holi starts with Holika Dahan one night before the Holi. Here people perform the folk dance 'gair' around the bonfire in front of Mevar king and his family. on the second day, local people and tourists enjoy and celebrate Holi throughout the city. The women prepare sweets, gujhiya and different types of mixtures in their kitchen for their family friends and neighbors. Even maximum hotels, motels, resorts arrange the party, DJ, music, food drinks, colors and refreshments for their guests. 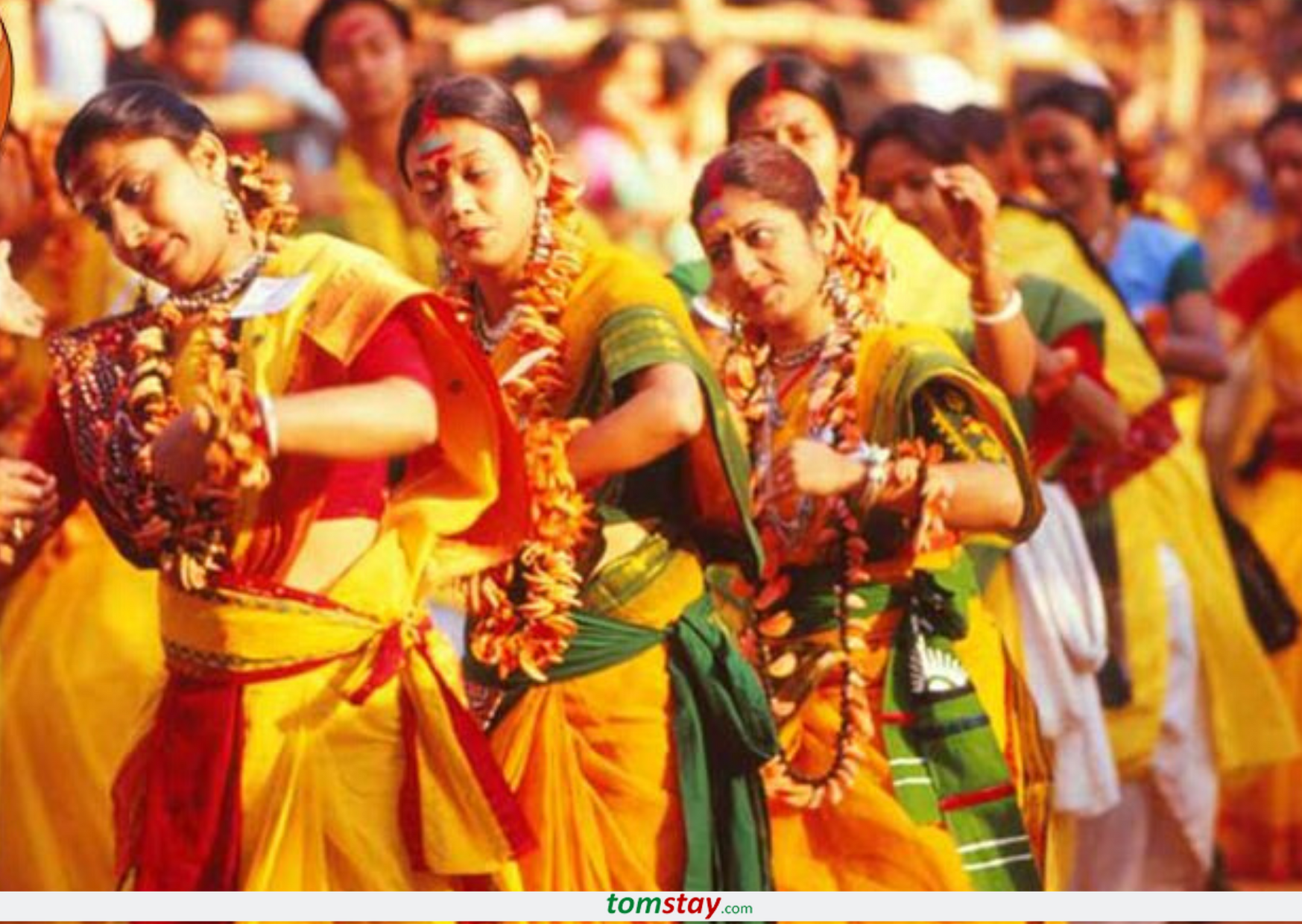 In West Bengal, Holi is famously known as 'Dol Purnima' or "dol Jatra". Dol Jatra is celebrated one day before the Holi. Here the women wear the traditional white saree with a red border and worship of Radha-Krishna and organize the Prabhat pheri. The word dol means swing. They put the Radha-Krishna idol on the swing and worship them with sing a devotional song.

West Bengal Holi is completely incomplete without mentioning the Holi of Shantiniketan. On this day young boys and girls dress up in saffron n yellow colored clothes. they all dance, sing and have fun together and celebrate this festival throughout the day. 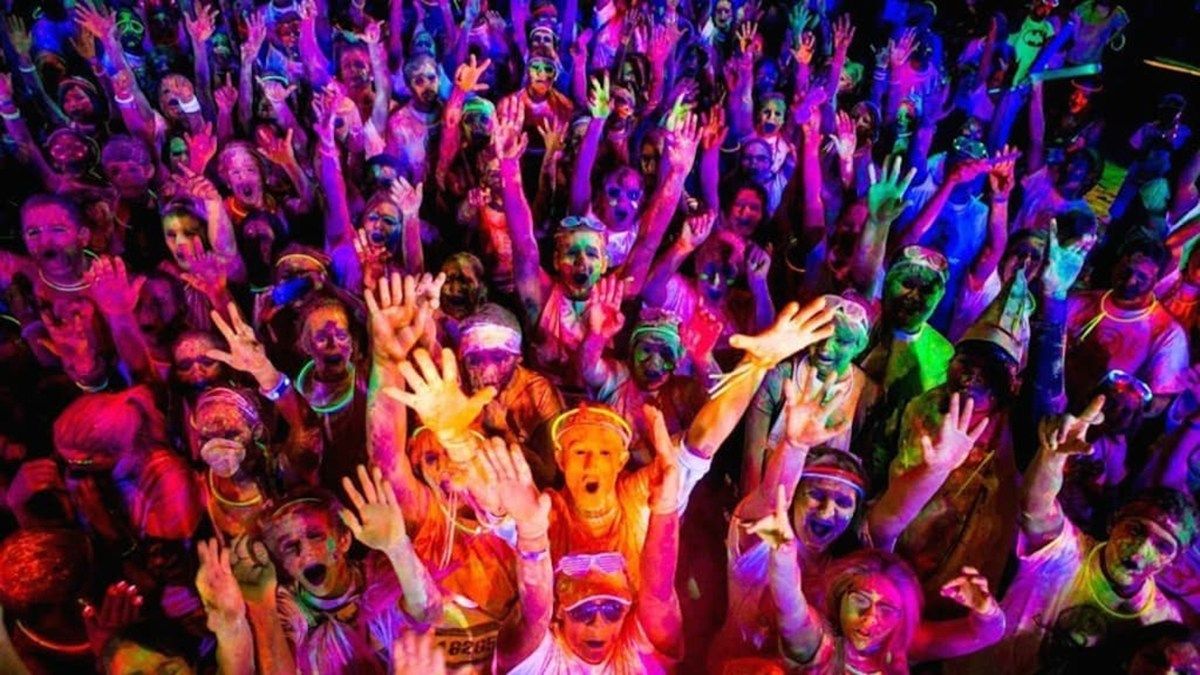 As everybody knows that Delhi is the capital of India. Holi in Delhi is the most awaited occasion for everyone. Delhi is also renowned as "Dil walo ki Dilli". Here are some very nice places where you can enjoy the grand colorful festival with a "Dilli Wala twist." Dilli wali Holi is an epic mixture of music, dance, food, drinks, colors, water ballon, water guns, and games. from all over the world people come here to celebrate fun Holi. Dilli ki Holi takes place on an international scale. for travelers and foreigners, Holi India Color Festival is a very popular event. In Delhi, people celebrate Holi in temples, streets, grounds, pubs, farmhouses, pool-sides with music and dance. 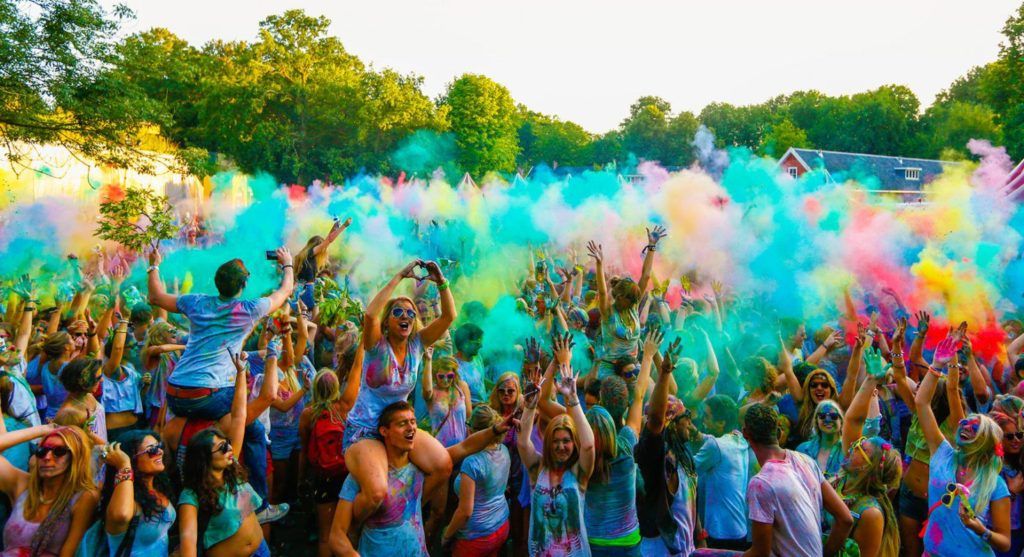 Holi is celebrated in a grand manner in goa as well. goa is a party capital of India and everyone is come here to celebrate fun Holi. People from all communities come together to play Holi and applying colors on the face, throw color water, water balloons, water guns on everybody. In Goa, many parties are conducted to enjoy the occasion of Holi. There are many pool parties, beach parties and DJ nights are organized for people. On Holi goa guys also served the traditional 'thandai' or 'bhang' along with snacks, sweets, and beverages. If you are planning to join a grand and coolest Holi party, then goa is the best place to visit during the Holi festival. 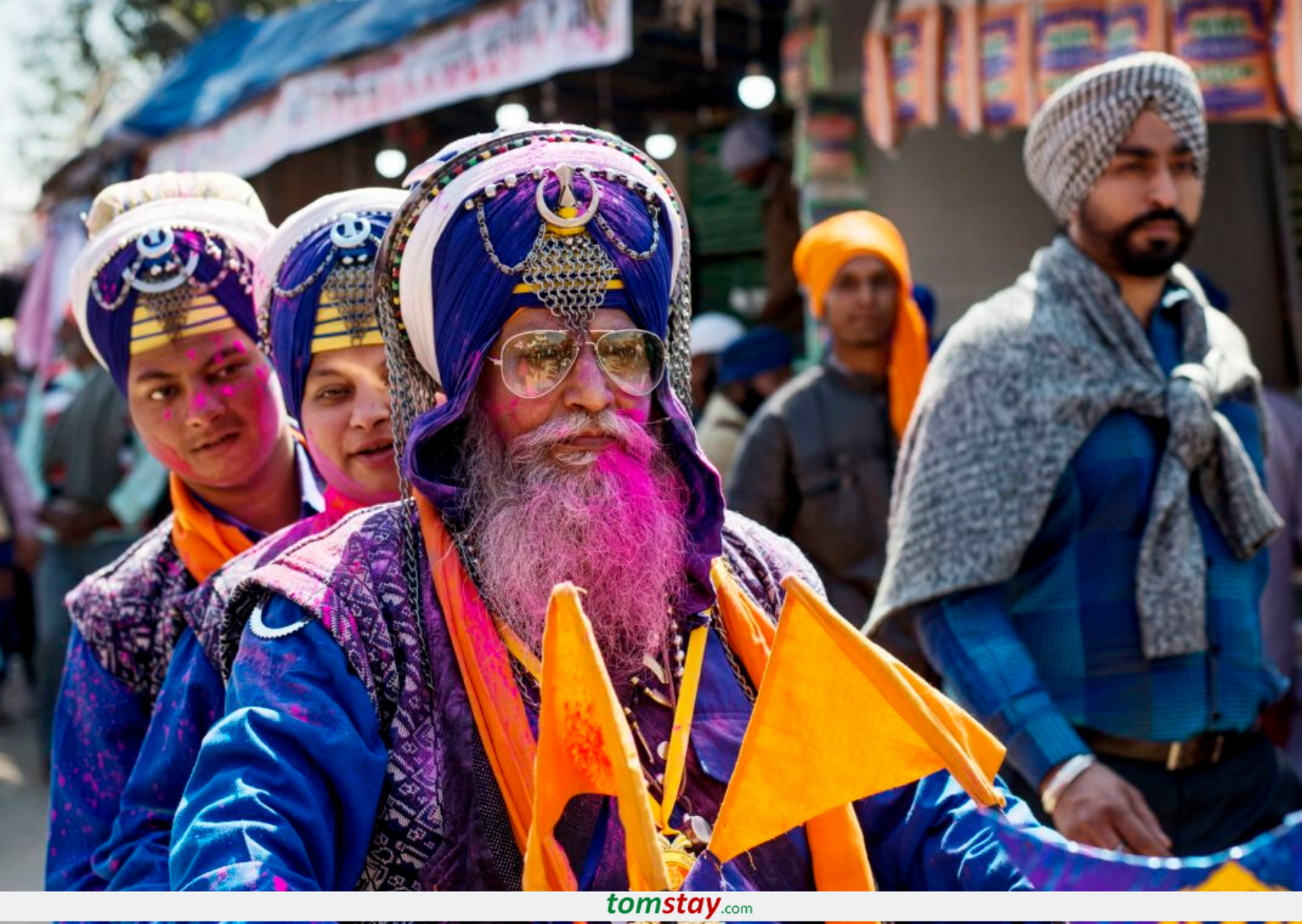 Anandpur sahib is situated in Punjab. People of Punjab are very excited to celebrate every festival and in Anandpur sahib, people celebrate Holi in an entirely different manner. It's a 4-day festival, first-day people celebrate Holi and then the day after Holi they celebrate holla-mohalla (Sikh festival of Holi). Holla, mohalla was started by Sikh's ninth Guru Govind Singh Ji as per sources and history. In Holla-Mohalla, some daring people perform a different type of martial art in front of the crowd. In fact, people can also enjoy the poetry, song and dance competition. The people of Punjab are great food lovers that's why many food vendors come here to sell their tasty foods so that everyone can enjoy different kinds of food in one place. 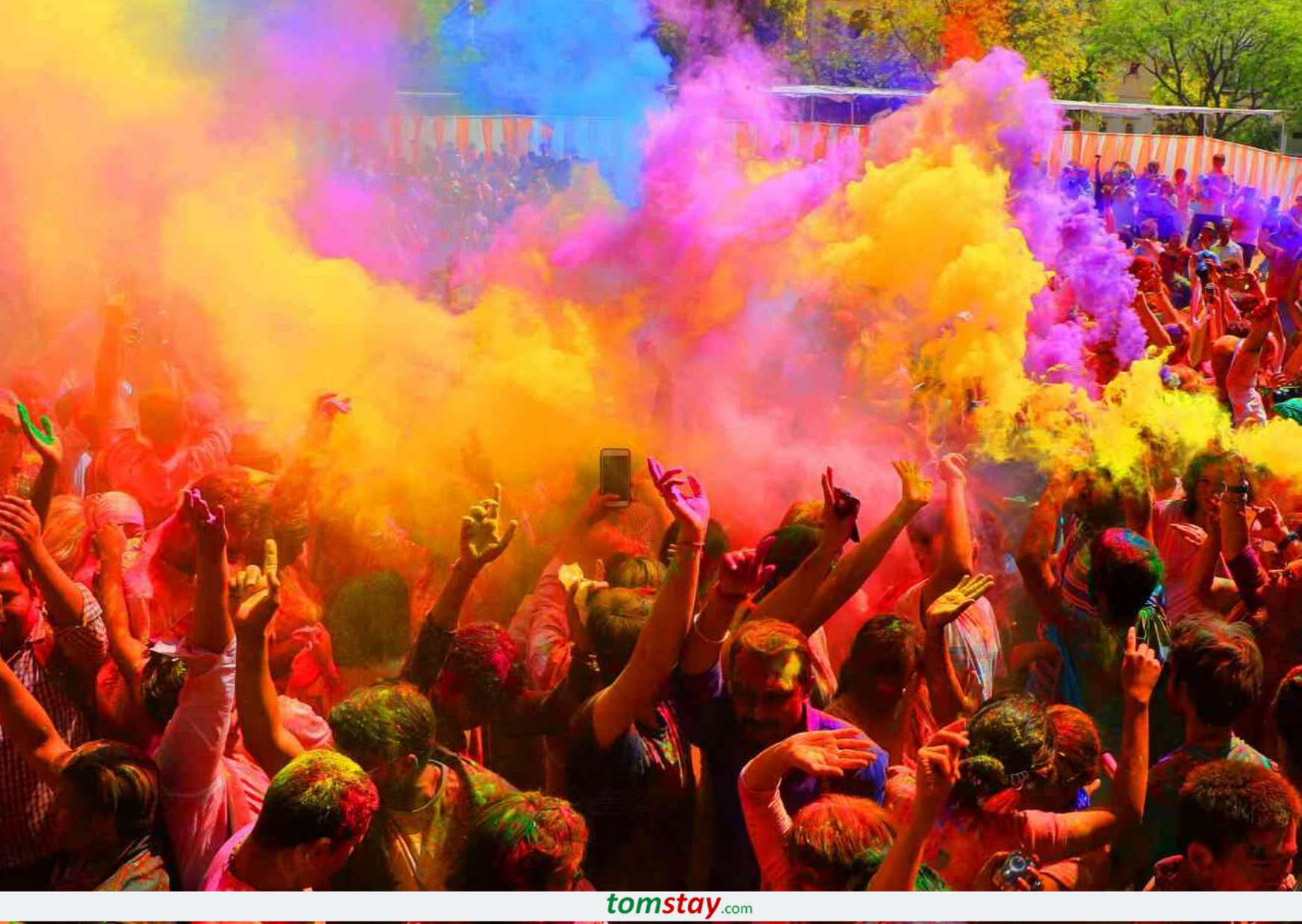 Hampi is an ancient small village situated in the state of Karnataka. Hampi is a city of ruins. People thought that south Indians are not so interested to play Holi as compared to north Indians but in Karnataka, there are many Hindu temples where people come around all over the world to celebrate and enjoy the true colors of Holi and Hampi is one of them. People of Hampi start Holi festival from Holika Dahan where people light bonfire and dance and sing around the bonfire. on the next day of Holika Dahan peoples gather in one place either it is road, street, garden or temple and throw dry colors, colorful water, water balloons from each other and dance on the beat of dhol (drum). It continues throughout the day and after playing Holi everyone comes to the Tungabhadra river and takes a dip in it.